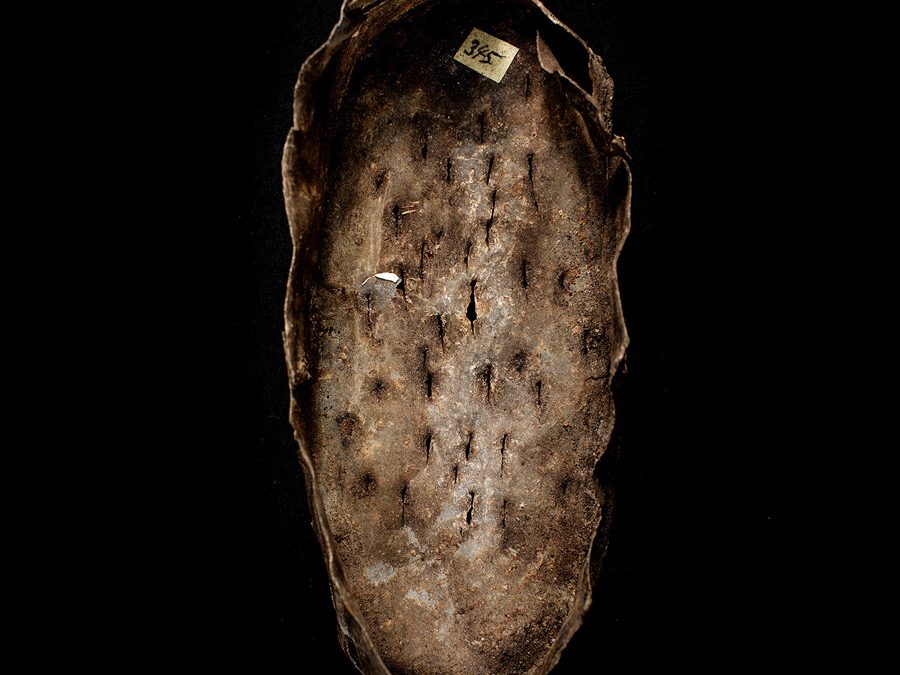 This dreidel or spinning top is from the Lieberose concentration camp, a subcamp of Sachsenhausen located 100 kilometers southeast of Berlin. In 1944 it became the biggest concentration camp for Jews on the territory of the German Reich. From the estimated 10,000 Jews imprisoned there, less then 400 survived.

The dreidel was found in a mass tomb in the forest of Lieberose. Next to this dreidel, other wooden figures from a chess-board as well as a wooden box were found. The box contained two prisoner serial numbers. According to those the owner of the box and the dreidel can be identified as belonging to either Jakob Senger or Zoltan K, from Hungary.